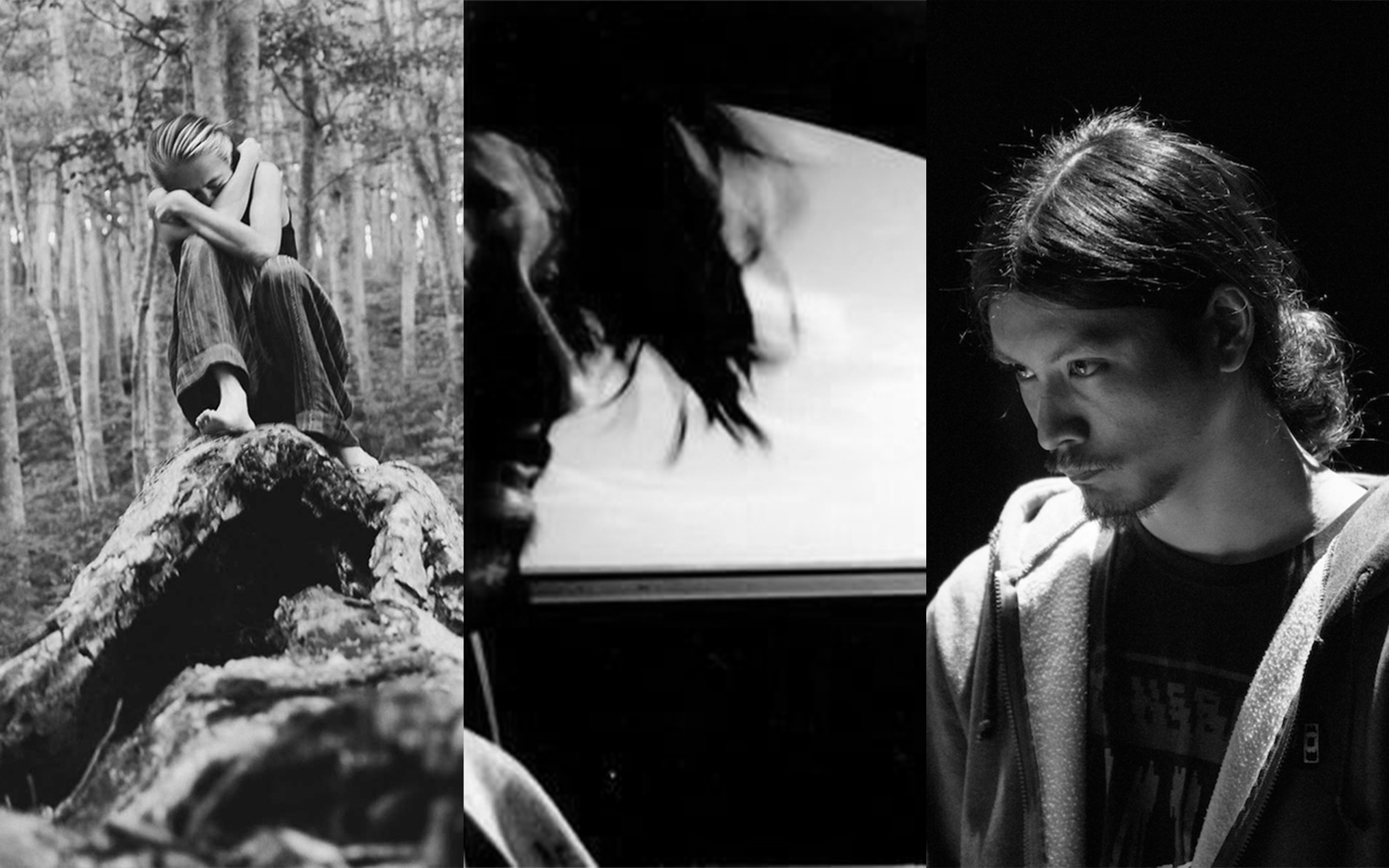 入場料金はSTUDIO X (MISSION) 施設使用料として頂いております。   Admissions are for the use of facility MISSION STUDIO X.

Active in Tokyo’s underground scene, KOPY’s latest EP was released on〈TAL〉, a label founded by STEFAN SCHNEIDER of the legendary post-rock band TO ROCOCO ROT.  At this release event, artists deeply involved in the career of KOPY will be gathering throughout event.

In Studio X, leader of performance collective “ANTIBODIES”, BING will make his first appearance at Contact. YPY’s 89 minute musical piece written with members of Kodō, a Japanese taiko performing arts ensemble, for the film『戦慄せしめよ / Shiver』directed by Toshiaki Toyoda is still fresh in our memories.  He’ll be joined by the revered drummer, Tatsuhisa Yamamoto, who has collaborated with Eiko Ishibashi, Jim O’Rourke, and UA to name a few.  Gonno, internationally renowned DJ/Producer, teams up with Kazuhiko Masumura, a former drummer of the band 森は生きている (Mori Wa Ikiteiru), will be performing as Gonno + Masumura, the project made in Japan that fuses DJ culture and indie rock.  Also don’t miss a session set by a former drummer of OOIOO, OLAibi and world class producer from Hokaido, Kuniyuki. DODDODO, a female track-maker/sampler not bound to specific genres, joins the lineup.  Deeply connected since the days of Osaka, DJs ¥ØU$UK€ ¥UK1MAT$U and Akie will be on decks.

Contact floor features a group of DJs that convey the elation of dance music in the purest form.  Diverse and outstanding selections by Shhhhh, a prominent figure who has acted as a supporting DJ for the likes of Nicola Cruz and Chancha Via Circuito when they performed in Japan, happy vibes of CALPISS that heat up dance floors, YAMARCHY, the mastermind behind Shibuya’s venue MITSUKI where KOPY has performed a number of times since it opened, YELLOWUHURU, founder of the collective FLATTOP, takes a unique approach to electronic music, and Celter will be selecting sounds ranging from leftfield to four to the floor beats.

In contrast to the cutting-edge and up-tempo sounds of the 2 floors, Foyer will be gently enveloped by sounds yet keeping it physical.  SEI, the manager of the ominous bar bonobo located in Jingumae and also a selector who lures you into the mysterious world of the unknown, 1-DRINK, a former member of the hip hop group “キミドリ” who now explores various types of electronic music, AKIM mixing 60’s ~ 70’s rock with various roots music with a hip hop style, and Zooey Loomer 1979, a member of Too Young To Love based in areas Shimokitazawa and Shibuya, will be gracing us with their music.

Take a look at the past and keep an eye out for KOPY, who has continued to believe in her search of music and friends. 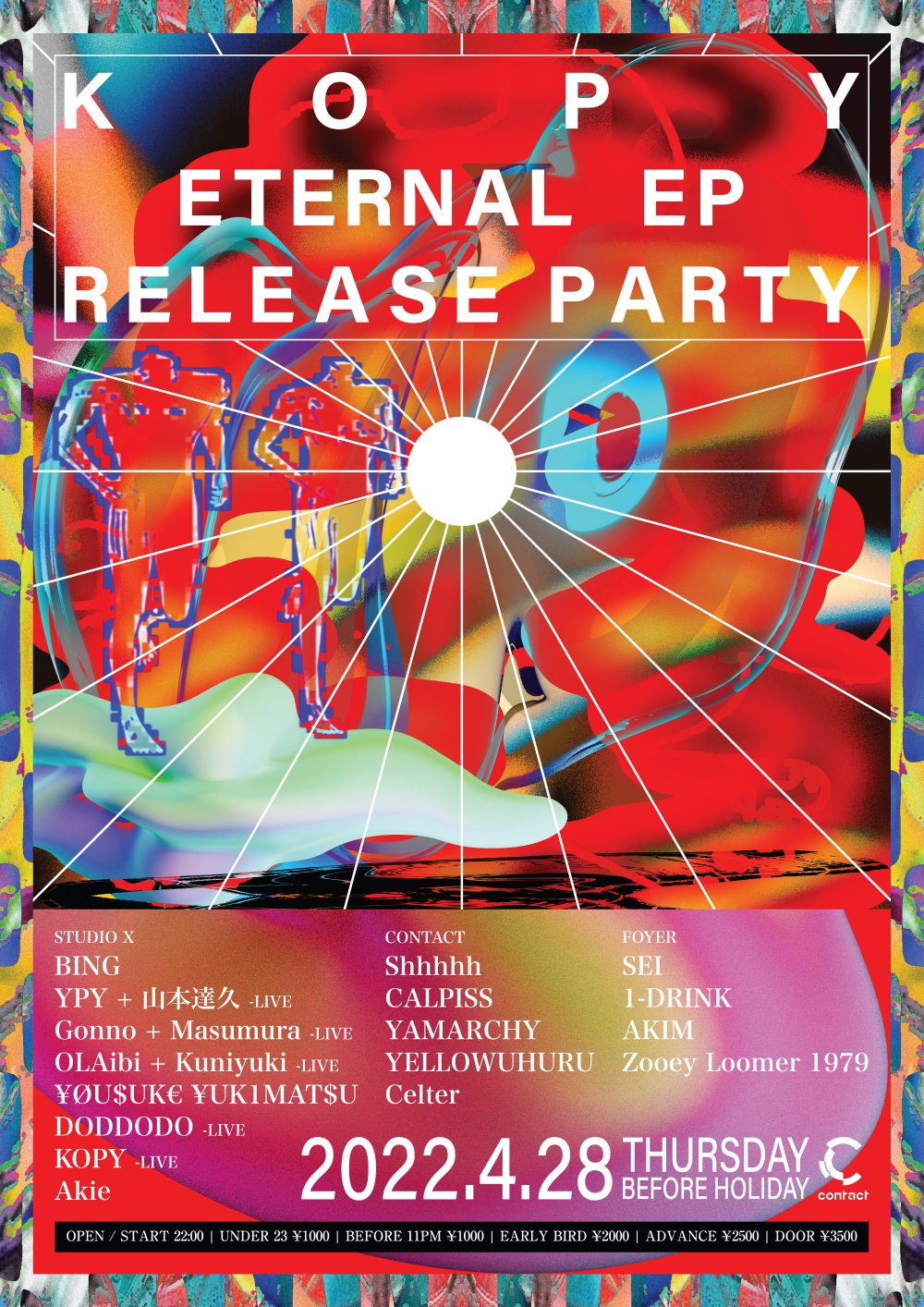 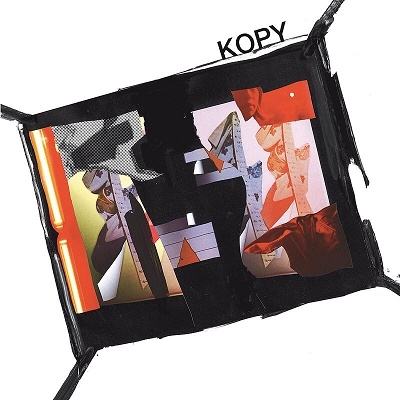